Why did the Egyptians build pyramids?

All those impressive pyramids had been built by pharaohs were just graves.

It's incredible when you see a pyramid like the great pyramid of king Cheops ( Khofo) , the biggest one in Giza pyramids and one of the old wonders of the world , you can't never imagine that a huge building like that is just a tomb for one only person who was one day a king .

All the pyramids of Giza , Abo Sir , Sakkara, Dahshour , Maydoum and every place on the western bank of the river were representing a vast cemetery for some pharaonic families who ruled in Egypt.

A mountain has a pyramidal shape emerged from the primitive water the from its top the God created all of the creatures, that's why the Pharaohs intended to be buried in a pyramid to be resurrected again like the sun rays which come in a pyramidal shape to give life to everything on the earth. 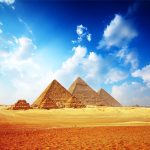 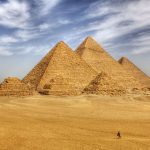 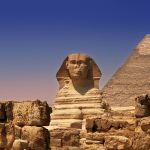 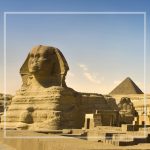 Constructed at least 4,500 years ago and shrouded in fascinating mystery, the pyramids of Giza are the only Ancient Wonder of the World to survive today. The Great Sphinx is a colossal stone statue located next to The Pyramids of Giza in Egypt. Carved out of limestone, the Sphinx has the facial features of a man and the body of a recumbent lion; it is approximately 240 feet (73 m) long and 66 feet (20 m) high. 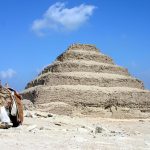 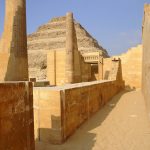 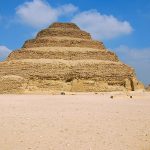 The Step Pyramid at Djoser at Sakkara was the first of the Egyptian pyramids to be built. Its architect, Imhotep, was later deified and identified with the Greek god of healing, Asclepius. 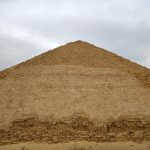 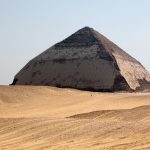 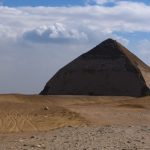 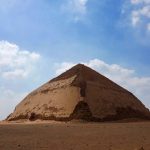 Also built by Pharaoh Sneferu, the Bent Pyramid was the first pyramid to have been planned as a true pyramid, as opposed to a step pyramid. Its unusual bent angle probably results from a necessary last-minute adjustment to the angle.